So, I’m writing a novel with fierce and determined intent. (Or with a healthy dose of fake it until you make it. Hopefully, that’ll add up to the same thing.)

Right now, I’m focused on pulling together data for my honours thesis, which means my writing efforts have been a) slow and b) dedicated to organising the novel as I would any other project. I’ve been reading up on novel writing to give myself some idea of how the process will (or should) differ from writing short fiction. I’ve also been looking at different software or online writing tools that might help.

Those I use, or plan to use, I’ll discuss here. I figure, a few mini-reviews of such toolbox items might be useful to others, and will certainly be useful to me when I (eventually) reflect on the process of having written the novel and compare my expectations for various tools and methods against actual outcomes.

This post, I’m going to discuss two sources of writing information that I’ve found very useful and return to often—Brandon Sanderson’s novel-writing lecture series on YouTube, and a fantastic book on writing by Patricia Wrede. 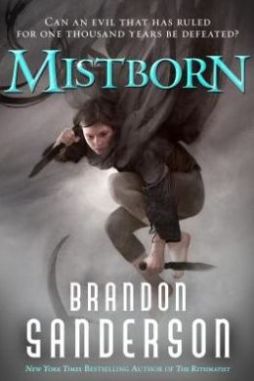 Brandon Sanderson is one of the leading lights of modern epic fantasy. His Mistborn series is the very exemplar of what I would like to write in terms of genre, style, length, and devotion to world-building. He’s also a writing machine—and if you don’t believe me, glance at his website, where the header features a graph of how close to completion his four concurrent projects are!

There are worse people to learn from!

Evidently, Brigham Young University agrees, as Sanderson lectures there on writing speculative fiction. While it’s difficult not to experience pangs of envy that there are university students learning their craft from Brandon Sanderson, it’s mollifying to know that an entire semester of these lessons has been filmed and uploaded to YouTube for the greedy eyes and ears of those of us not so blessed.

They can be found on the Camera Panda channel and it’s well worth subscribing and revisiting them often until you’ve learned all you can from them.

Each lecture covers different parts of the writing process, from ideas, through structure, outlining, and character development, to writing, editing, and the business of writing. Sanderson’s method for developing an idea is relatively simple but flexible, and explicitly seeks to find the original and cool in your novel-to-be. His discussion of the business is practical and rooted in his considerable experience as a bestselling novelist.

Conveniently, the information accompany each lecture lists the details of topics covered in that video, plus where in the run time those topics can be found.

Hand on heart, it is an astonishing resource for people wanting to write a novel.

Patricia Wrede has written a good many enjoyable fantasy novels, but may be best known for her brilliantly entertaining YA fantasy series The Enchanted Forest Chronicles.

At the risk of hinting at my vast age, I first encountered Patricia Wrede on Usenet, where she frequently posted writing advice to the newsgroup rec.arts.sf.composition. Wrede staunchly defended the idea that there were no writing rules, only guidelines, and that the standard wasn’t whether something broke a “rule” but whether it worked. Then she would provide a host of different methodologies so those reading her advice could pick what worked for them. While Usenet has atrophied with the rise of social media, a good chunk of her advice from that time has made it into her book, Wrede on Writing.

The book is divided into sections, from the basics, through the “not so basics,” to expert guidance on the business side of things.

Every single chapter is a gem. However, I do have a favourite. Her discussion of viewpoint is a masterpiece of clarity, detailing every major form of viewpoint and how to use it. Each explanation is accompanied by a short scene which recounts the same characters experiencing the same event using that particular style of viewpoint. If there’s a more lucid and edifying description of viewpoint anywhere, I’ve never encountered it. If you’re still at the stage of wondering about viewpoint, or simply where you want or need a refresher sometimes, it’s worth the price of the book all by itself.

Of course, it’s also well-worth spending time on her blog, Six Impossible Things, which is similarly a fount of writing wisdom.